Want to organize multiplayer session? This is the right place...

due to the fact that I live in Germany and follow the the famous Hahnweide Gliding Competition year after year, I decided to create a virtual replication of the competition, which gives you the opportunity to fly the same tasks in comparable weather conditions like the real competitors did. 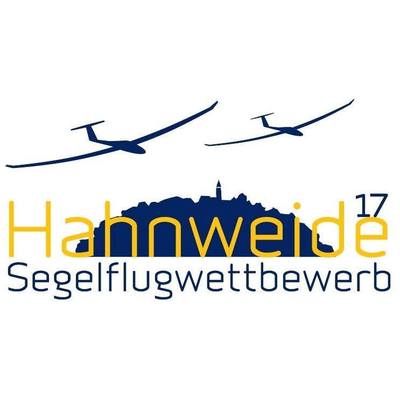 You can access the competition via Condor Club: http://www.condor-club.eu/comp/show/204/?id=277

The competition will take place from June 7th until September 2nd.

For sure you can also host servers and fly tasks online with friends, but there will be no hosted servers created by me.

Rules: How tasks are created: Scenery Limitations:
The HW_SW Germany 1.08 scenery does not cover the entire competition area of the HWW17. Therefore, there are a couple of tasks (3-4) that have a waypoint which is out of the scenery boundaries. This waypoint will be shifted into the scenery area making this task a little bit smaller than it's original.
Those waypoints are named "m000 Name" instead of "000 Name".
Example: Day 1 of the 15m class goes to Waypoint "019 Bad Koen", this one is shifted to be inside the scenery area and is now named "m019 Bad Koen".

I hope you guys like the idea of this competition.
See you all in the air.

Dear Martin,
This is a good idea, to fly the Hahnweide tasks.
I am a bit afraid that the competition will be too long, with a risk of beeing annoing, as the tasks were all basically same direction.
Maybe a split in different competitions for all classes would be better?
Best regards
Stefan (SCR)

Killian Walbrou1a.jpg
You do not have the required permissions to view the files attached to this post.
Top

Hello!
I like the idea of RL events in C. very much!
The main problem I see in re-creating RL event is that (usually long) tasks are day by day + tasks are longer in time and in km but much slower than Condor typical tasks nowadays. Also very often weather in RL isn't as optimistic as we see it in Condor lately. And also: good RL weather = longer RL task.
If you replicate RL weather and RL task length you may have 3-4-5h tasks (with realistic average speed) - what unfortunately is not very popular in everyday Condor. Offline/solo flying may be also problem for many.

Compromise imvho could be Condor competition 'based on RL event' (until it will be 'not enough')...
- with shorten (a little) RL tasks (if needed of course, not always! esp. not on AATs - where time of task is known)
- in one of the classes of RL event, std maybe?
- focusing on realistic weather settings...
- to gain RL average speed and RL weather conditions touch and feel...
- with 2 - 2,5 - 3h max tasks
+ maybe (not too small) real money awards (up to 20th position) would attract lots of virtual pilots for such contest in Condor.

BTW: For HW_SWGermany 1.08 scenery limits maybe you could use another German landscape (photo one - West_Germany2) which may cover all turn points.

::::
Please use this envelope