Whilst testing a task I'm creating I noticed a strange oddity. I put thermal helpers on to check there's enough lift to satisfy. I flew across to two or three thermals and the strongest lift wasn't around the red animation like usual. It was always out where the yellow micro thermals are. I very rarely use thermal helpers but on the rare occasions I have I've never experienced this before. This didn't just happen in one thermal, I visited three and all were the same. FPL is attached. West UK2 scenery.

I think it is to do with the weather settings I'm using. When I went and tested on a task I had for West Germany thermal cores / animations aligned perfectly.

I guess it isn't a big deal as when flying without thermal helpers, as we do 99% of the time you just seek out the strongest core. Anyone that does use thermal helpers is in for a shock on this task though

I know there was a thermal tweak in the last patch, just wondering whether this is a knock on effect from that?

Images trying to show where I'm centred compared to the thermal helper core. 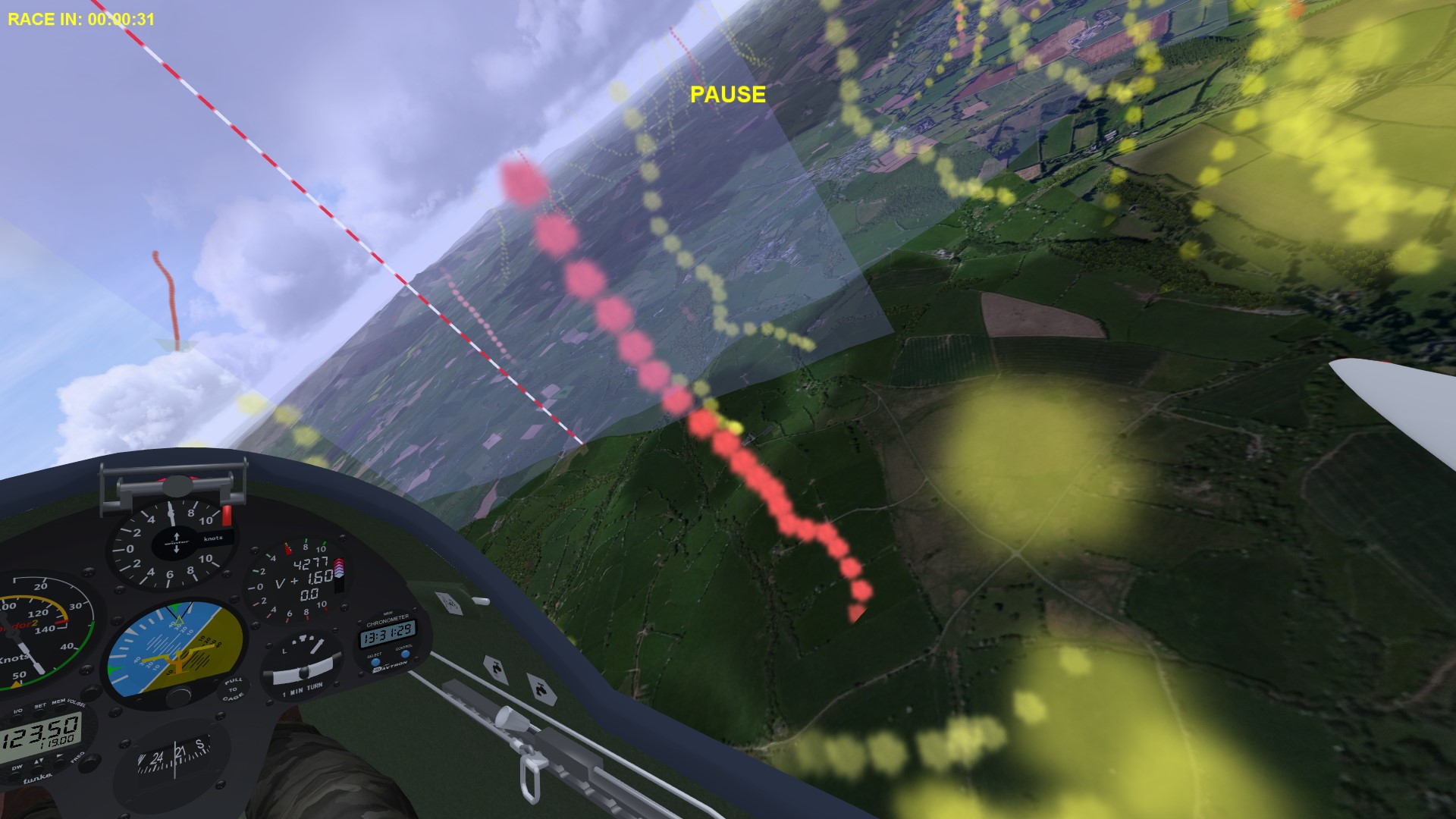 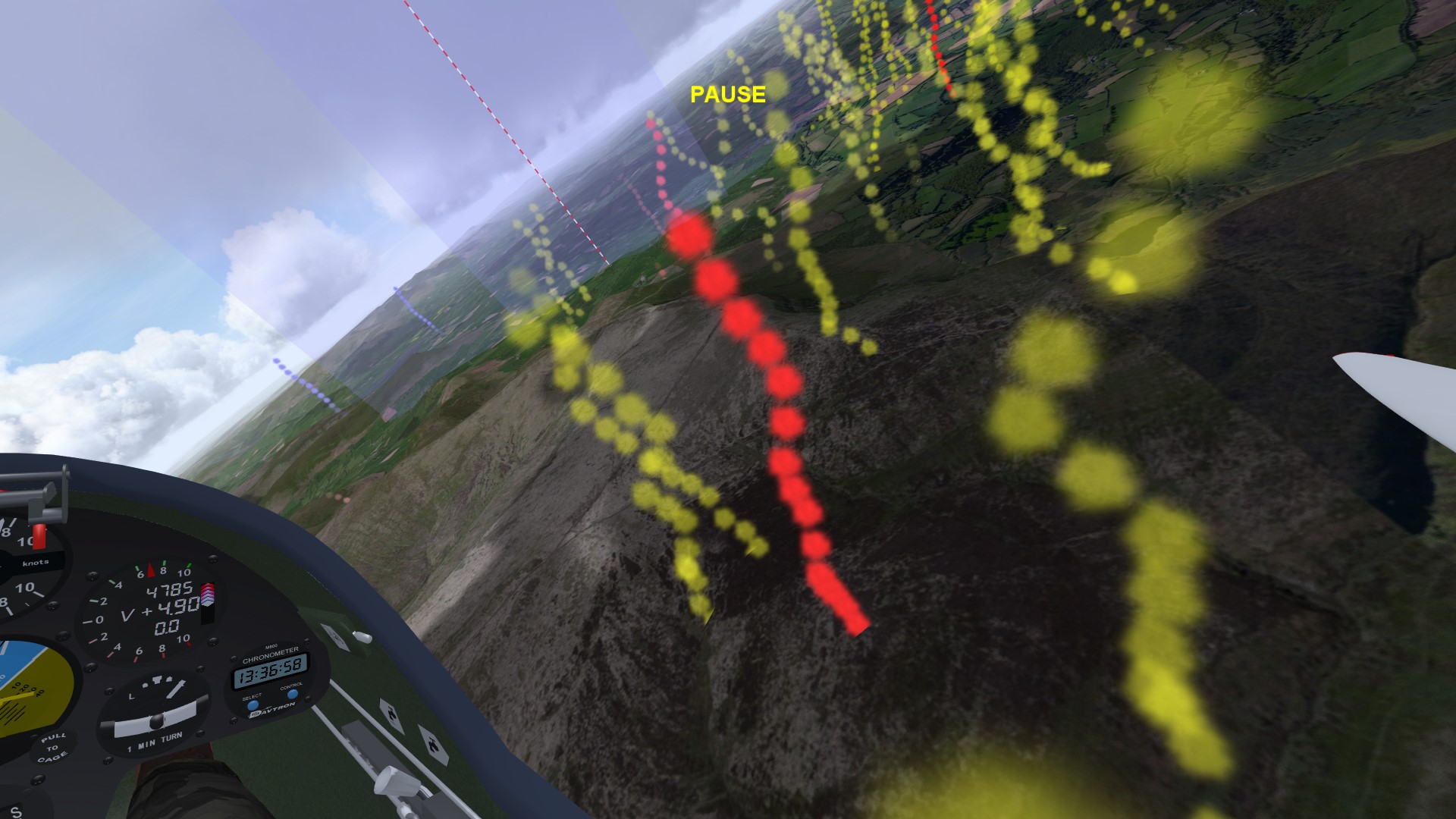 This last image looks like I'm circling the core but I'll complete my turn before I even fly over the red animated core. 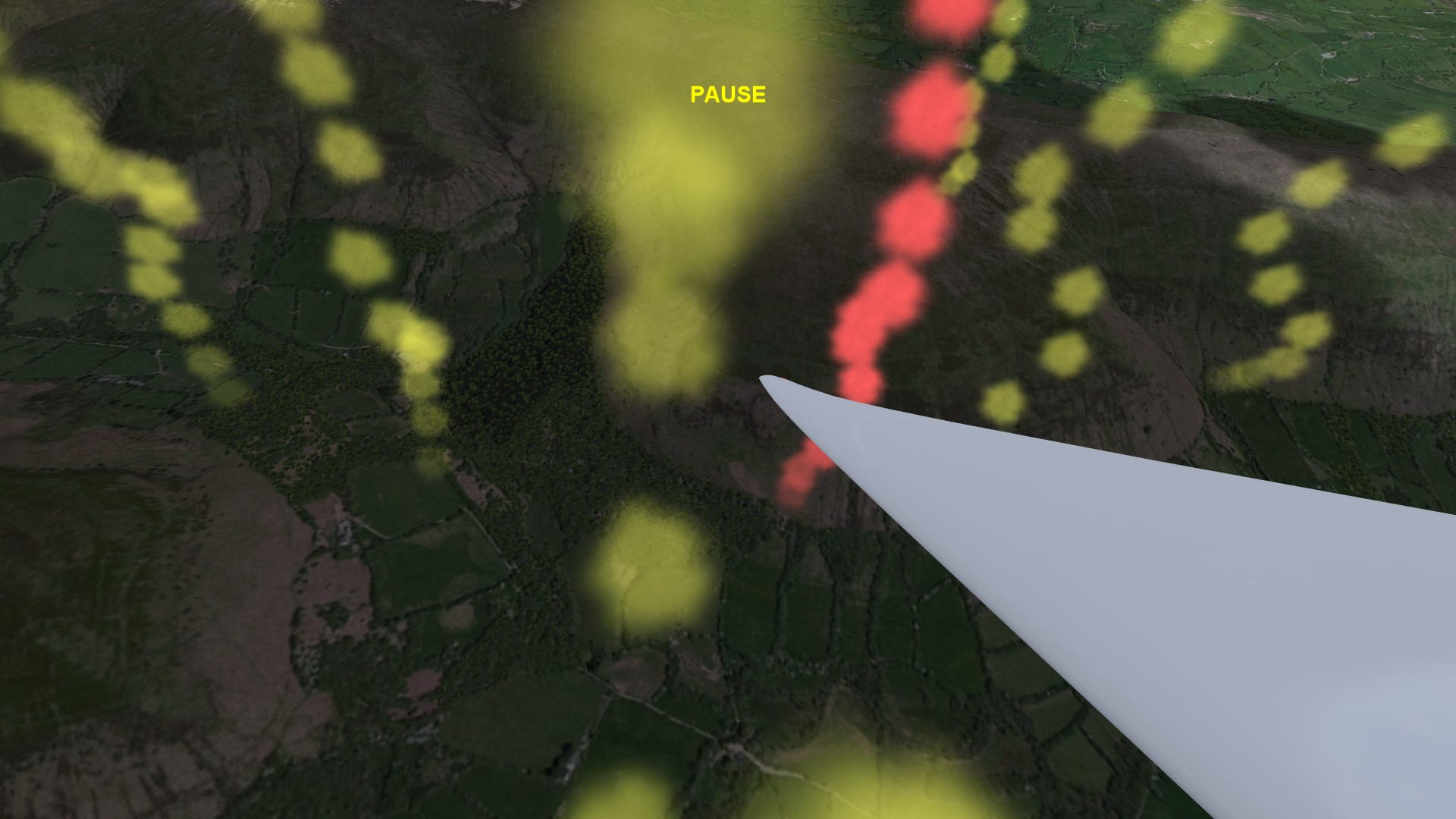 You do not have the required permissions to view the files attached to this post.

I’ve noticed a few different things with condor thermals since 2.1.3. Mainly lots of multi cores close to cloud base and quite often a core shift by a full circle of more at approx 1/3 off CB. I don’t recall coming across these much in the early days of C2 or C1. I haven’t spent any time looking into any correlation with weather presets.

I think it must be due to the weather settings. Low cloud base and very high inversion and somehow the animations are getting confused where the actual core is?

Unsure, all I know is in that FPL and another task with similar conditions set the animations of the helpers and the actual core do not align.

Isn't it that good lifts are green and as worser they are the more they became red!?
Top

Green thermals are attached to slopes.

The more vibrant the red is the stronger the thermal. As the thermal weakens the red becomes more pale until it turns to pink.