Having recently moved house and still gutting and re-building I haven't yet got a permanent place to setup my "sit in" simulator so I decided to build a desktop solution which I can use in the office.

I have gone through quite a few versions to get to this stage and now I have a working prototype I am ready to run off a new version with the improvements I have put into my design. But I thought I would share my current version.

I fly in VR so visuals aren't really on the agenda but I did my best to make it look OK (keeps the desk looking tidy). I did run out of green PLA so until a new reel arrives tomorrow I used black for the trim tab (again, no relevance as I cant see it!). Obviously I fly various gliders in condor so I made it quite universal.

This is hopefully one of 3 desktop components, I want to add Gear and Water Release to the right of me as well as a simple tow release system just to to the left of my stick (FF2).

I'm using Arduino to interface with condor for now & standard electronics (pots ETC). I don't have any real mechanical engineering experience other than growing up building stuff. I am software developer with circuit electronics background. I've learned quite a lot on the mechanical side of things doing this little project, seemed so trivial at the start! My Sit in sim had much simpler controls so that will also be getting an upgrade when I finally have a place for it.

I will post a video of me flying using in the next few days. 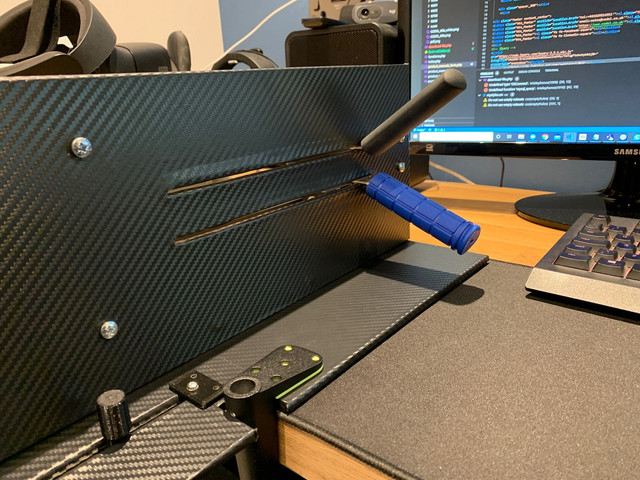 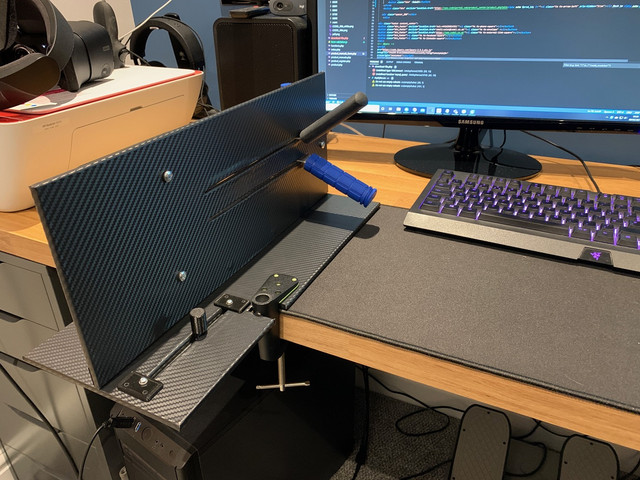 Nice work! Can we see the other side please to see the mechanical bits?!

HI Chris, sorry didn't want to show the ugly side!

As I said, next run will hopefully have all the little bits ironed out, rather than scrapping and starting again which I did quite a few times.

The trim pot is a basic linear pot. 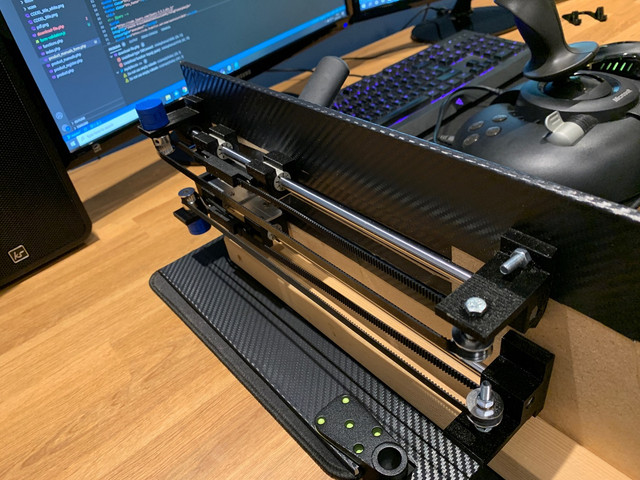 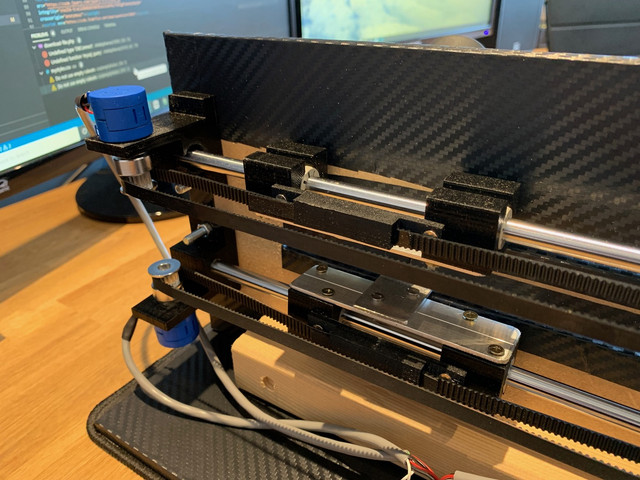 I'm quite lazy in VR - everything either mapped to my HOTAS or actioned through VoiceAttack. I'd quite like to give 3d printing a go but must avoid that rabbit hole at the moment as I've run out of places to hide my hobbies from the missus!

I'm quite lazy in VR - everything either mapped to my HOTAS or actioned through VoiceAttack. I'd quite like to give 3d printing a go but must avoid that rabbit hole at the moment as I've run out of places to hide my hobbies from the missus!

Thanks Guy, if there is anything good to come from this lockdown its projects such as this.

I really love the immersion you get from VR so I just want to try and match the physical control immersion as much as I can.

3D printers are great, and appear to be getting cheaper and better these days. Once you have one and you have it dialled in and know the tolerances you can really develop some great stuff. Certainly made use of mine, a lot!

That's a very nice build! I'm really impressed!
Do you have an idea of the hardware cost? (not counting the 3D printer, only the suff used here, including Arduino)

Please use this button to send me a PM, Forum messaging is too limited.

In terms of cost, not a huge amount really. Its difficult because of all the plastic mounts are 3D printed and I had a lot of the stuff already knocking around. Design and time was where all the effort was consumed.

But rough costs of parts only:

There is also cables, wires & plugs ETC. The structure was wood as its easy to work with when "prototyping". I am already on with changing this out to plastic panels.

Hope that helps. I did my first 120km task the other day with it and it was awesome. So much better!

Just thought I would share "version 2", it is basically the same as the previous only this time I have made it using acrylic and not wood. Its laser cut so the holes and cut-outs are much more accurate and cleaner. Unfortunately I only had gloss black acrylic which is a nightmare as it just attracts every bit of dust in a mile radius!

Anyway, I wanted a more finished version which this definitely does feel. Now to make an enclosure to cover up the belts, pulleys ETC and mount the Arduino somewhere in a box and I will have a near finished project.

The next version I am going to build will be matt finish in either grey or black (when it comes in stock) and will also feature my new tow release mechanism. I did plan to build it in this one until I cocked up and forgot I needed the plastic to be slightly bigger, after It had been cut!

Oh and I printed off some decals

(although I fly in VR so not much use...